A message for our customers regarding COVID-19 click here.

Uncover the history of Bideford

The charming town of Bideford is nestled in the heart of North Devon, making it the perfect location for a getaway. Miles of golden sands and a plethora of countryside walks means that you'll never tire of the beautiful surroundings. However, the town is also stooped with an intriguing history. From its humble start as a riverside town to a bustling port used by Tobacco merchants, there's plenty to discover.

The small town of Bideford started off as a riverside community before being passed into the hands of the Grenville family. The Grenville’s were responsible for much the town’s development over the following centuries. One of the most prolific transformations was the improvements to the timber bridge which crossed the River Torridge.

The Long Bridge is comprised of 24 arches of varying sizes which were built around the original structure. This allowed people to cross whilst the building took place. In addition to work on the bridge, Richard de Grenville also formed a town council. Together, these developments meant that Bideford could begin to establish itself as a port. 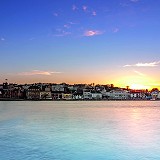 Find out more about Bideford

Bideford is a great base for those looking to explore Devon and Cornwall. Find out what you can expect from the area on your next short break.

The formation of the port

In the 17th century, tobacco plantations in American began to boom. With the demand for the product increasing, finding a way to make transatlantic trading possible was at the increasingly important. During this time, Bideford became a popular port for wool and pottery merchants. In exchange for these products, tobacco and sugar would be sent.

Bideford quickly became a thriving port with a well-equipped fleet of merchant ships importing commodities across the seas. At the centre of all this was John Davie, a prominent local tobacco merchant. During the late 1600s, Davie rose to prominence thanks to his large shipments of tobacco. These were normally brought into the port on the ship, the Bideford Merchant, having travelled from Maryland.

Davie’s success meant that in 1866, a grand home was built on the eastern end of the Long Bridge. Named Colonial House, the building boasted intricate ceilings and grandeur. The impressive structure has been well-preserved and is now the heart of The Royal Hotel.

Trading in Bideford continued to expand, with the port becoming the third-largest in the UK. However, wars between France followed by the American War of Independence meant that trading ceased forever.

Despite the end of Transatlantic trading, Davie’s success meant that Colonial House could remain in his family for several generations. Standing on the banks of the River Torridge, the mansion was easily identifiable amongst the smaller, more modest homes. In the 1717 plans for the expansion of Bideford Quay, where the home appeared much larger than those surrounding it.

After its sale in 1748, Colonial House has a few residential owners. However, from 1815 onwards, it passed through the hands of several businesses.

It first acted as a workhouse before becoming a courthouse in 1830. The prison cells can be found behind the hotel ballroom. These same cells would later be used to house convicts awaiting transportation to Australia. 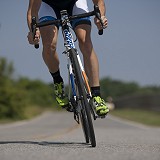 Visiting with friends and family?

With plenty of things to see and do in Bideford, it's a great location to visit in a group. Whether you're looking for the next location for your cycling holiday or are planning a shooting break in North Devon, take a look at our accommodation and what we can offer you.

In the early 19th-century, Colonial House was purchased by Richard Heard. Heard, who was originally a builder and auctioneer, later became a trader, specialising in timber and emigrants. He desired to transform Colonial House into a home fit for a merchant. His renovation of the building boasted a library, one that became popular with his brother-in-law, Charles Kingsley.

Utilising the books in Heard’s library, Kingsley completed parts of his book, Westward Ho! in Colonial House. The book went on to become a bestseller and the setting for the book, a nearby resort, was affectionately named Westward Ho! in honour.

Today, the area known as East-the-Water is a great base for your holiday in North Devon. It's proximity to Bideford town, as well as the North Devon coast means that there are plenty of things to do. Head over to Westward Ho! and have a look in the rock pools or wander along the Tarka Trail, enjoying miles of untouched scenery.

Are you thinking of booking a holiday to Bideford? Take a look at our rooms and get in touch!

arrow_forward View deal
From £230 per person

Say 'I do' to a discount

Get the best prices, book directly with